There are three broad ways that one can build a career; start a business and facilitate its growth, learn a skill and climb the corporate ladder, or use your talent. Footballers and other athletes fall in the latter category. Their talent earns them huge salaries, fame, and friends.

In most cases, they are able to secure a good life for themselves and their dependents. Unfortunately, there are those whose story is one of grace to grass. This article will highlight important financial lessons that we can learn from football stars.

Footballers Who Went From Rich to Broke

There are a large number of renowned international footballers whose financial choices pushed them to poverty. Some of the notable faces on this list are: 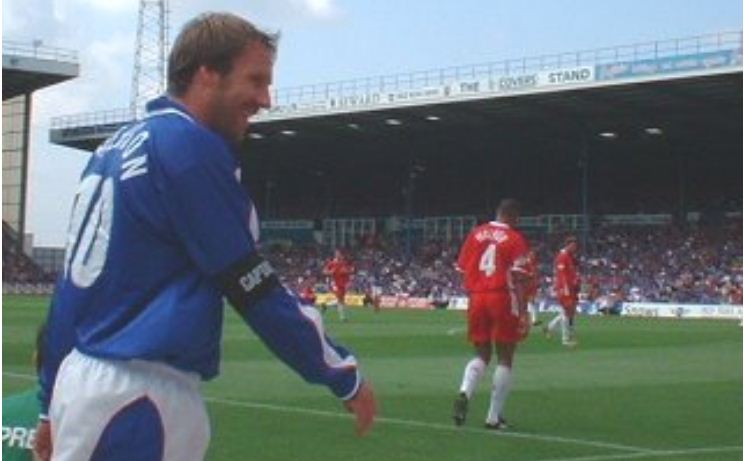 He made a name for himself by being an outstanding midfielder who played for popular clubs such as Arsenal, Aston Villa, Middleborough, and Portsmouth. A look at his achievements reveals that he was a talented individual who deservingly made a career in football.

For instance, while playing for Arsenal, he played 327 games and managed to score 78 goals. His capabilities aided the club to win the FA Cup among other competitions. These achievements earned him a hefty salary.

Sadly, Merson is one of the famous footballers players whose financial mistakes have led them to misery. In his hay days, he embraced a lifestyle of alcohol, drugs, and gambling. These habits rendered him so broke that he had to move back in with his parents after he was unable to pay the mortgage of his 300,000 pounds apartment.

Additionally, he couldn’t afford to make the payments of his 40,000 pounds Range Rover. In a recent interview with Daily Mail, he admitted that he was ‘struggling badly’ due to his addictions.

This talented soccer player was an asset to top European clubs like West Ham, Liverpool, Manchester City, Aston Villa, and Watford. When playing for Portsmouth, he earned a weekly salary of about 50,000 pounds. Like the rest of the players in this list, it is surprising that one would shift from this kind of wealth to total brokenness within a few years.

When he hit rock bottom, David James had to sell his personal items including 150 jerseys that he either wore or received from his mates. His divorce and reckless spending are some of the causes of his predicament. 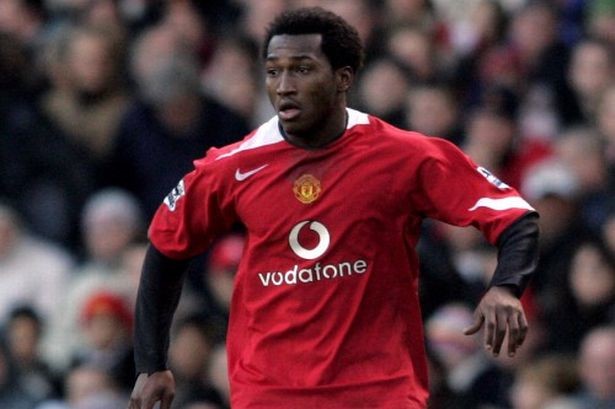 The talent of this Cameroonian midfielder made him interact with the likes of Cristiano Ronaldo at a personal level. Manchester United’s manager saw him as a very talented individual who would propel the team to further greatness and signed him to the club in a $4.53 million deal. When he failed to meet the club’s expectations, he was sold to Aston Villa. He failed to deliver in this team as well; an aspect that led to the termination of his contract.

Unfortunately, he had been declared bankrupt just before he left the latter team. His reckless spending, including buying 10 four-wheel-drive cars, resulted in bankruptcy. Indeed, he agrees that “it was difficult handling the money.” In an effort to recover from his financial crisis, he came out of retirement and joined an amateur football team in Switzerland that often gets an audience of less than 100 people.

Famous Footballers Who are Financially Smart

Not all soccer players lead a life of riches of rags. In fact, some of them have made some smart financial decisions that have seen them increase their wealth significantly. Such sports professionals include:

Even after retiring in 2013, this renowned footballer has been strategic in using his brand for financial gain. For instance, through his company – Footwork Productions, he has obtained major deals with key brands like Samsung, Armani, H&M, and Adidas.

David Beckham and his wife run other companies such as the DB Ventures Limited; an aspect that has increased their wealth to about 355 million pounds. In fact, he has been ranked as one of the 1,000 richest individuals in Britain by The Sunday Times. 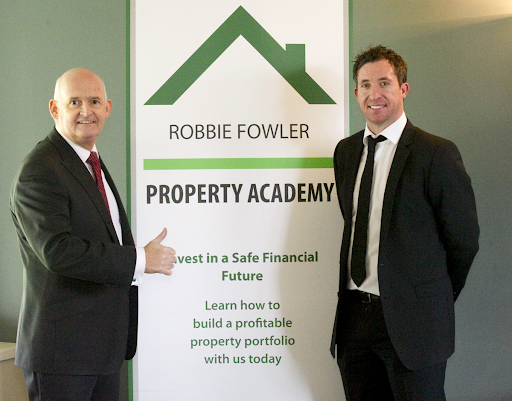 Fowler moved from being a successful pro-athlete to a successful property investor. He is keen to note that his current wealth was not a result of sheer luck. He purposed to make smart financial decisions for his sake and that of his dependents.

In fact, Robbie Fowler is recorded saying, “I knew my football career wouldn’t last forever so I invested in something for my family’s future – property.” Such smart moves have earned him a net worth of about $50 million.

One does not have to wait till retirement to invest; a tip that Flamini evidently lives by. He is still an active footballer who has played for popular clubs such as Arsenal, Milan, Crystal Palace among others. He cofounded a bioscience company known as GF Biochemicals.

His hard work in this venture has paid off as he was on the World Economic Forum’s 2018 list of 100 most promising entrepreneurs.

What are some of important financial lessons we can learn from the footballers on this article and others?

The average retirement age for football players is 35 years. After the player has had several years of fame and fortune, and now has to hang his soccer shoes, what next? The ability or failure of a football player to think about his future outside the field determines his post-retirement life.

For instance, most of the individuals included in this article’s list of football players who went from rich to broke lived an exaggerated lifestyle and squandered their earnings without saving for tomorrow. Additionally, it is common for an athlete to retire unexpectedly due to a major injury. If he hadn’t saved for his retirement, he will probably end up destitute.

Moral of the story: have a practical retirement financial plan. In addition to this plan, save for unforeseen occurrences.

Football players have fans all over the world. At the peak of their careers, everyone wants to be associated with them. Their fans will do anything to take a selfie with them, have their items signed by them, or own something that the player uses.

At this point, they are a brand that is highly sought-after by big companies. However, the reality that such individuals often dismiss is the fact that talented players emerge constantly. Before they know it, they are no longer the highly sought-after individuals and are on their way to retirement. The trick to avoid such a scenario is to develop and strengthen a brand that will be relevant for a long time.

A good example of a football player with a strong brand is David Beckham. In his hay years, he coupled his talent with professionalism and ended up being on the most popular soccer stars globally. Even after retiring, he maintained his brand.

This strategy has resulted in financial success; a tactic that we should learn from this soccer star. Focus on being the best in your area of expertise so that you can use your profile as a bargaining chip in the current and future setups. For instance, an excellent lawyer is likely to get consulting jobs and continue enjoying financial freedom even after retiring.

On average, a football player in the Premier League earns 50,000 pounds in a week. Couple that with endorsements and you end up with millions. Most football players start earning such hefty sums in their early 20s.

At this stage, some of them get overwhelmed and lack the financial intelligence needed to manage their huge earnings. After all, why spend sparingly when more will come. Gambling and living a flashy lifestyle are some of the habits that lender most players broke.

This problem is not just faced by football players. A significant portion of ordinary people also end up destitute due to their inability to spend wisely. You may be earning a large amount of money in your current job.

While everyone desires to enjoy a comfortable life, do you really need to own 5 luxury cars? Should you waste your money eating in a five-star hotel every day just because you don’t like cooking? Doesn’t it make sense to make rational decisions when it comes to your wants and needs as a way of increasing your savings and cushioning yourself against unforeseen circumstances?

Some footballers went from rich to poor because of investing all their money into a single investment. This is a risky investment option. If you have invested in P2P lending, for example, the borrowers can default. To reduce investment risks, you should invest in a variety of portfolios such as ETFs, mutual funds, Bitcoin and index funds.

Be Actively Involved in Managing Your Finances

It’s interesting how for some football players, other people are the cause of their bankruptcy. For such individuals, their managers and/or family members lured them into giving them large amounts of money and investing in dubious ventures. Some renowned players like David James suffered bankruptcy after expensive divorces. To avoid ending up in similar situations, it is important that we learn from these football players.

When it comes to money, do not be too trusting. For instance, when someone tells you about an existing business opportunity, do your due diligence regardless of how close you are with the individual. In the case of a business partnership, be an active participant and be keen on the fiscal input and output.

Professional athletes get to earn a decent livelihood all thanks to their talent. Subsequently, they are able to live in lavish houses, drive classy cars and enjoy all the fine things that life has to offer. Unfortunately, there are some who ended up broke after retirement. Considering everyone works hard to increase his or her wealth and live a comfortable life, these are important financial lessons that we can earn from football stars. 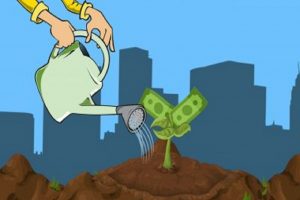 Best Investment Options in the Time of Coronavirus 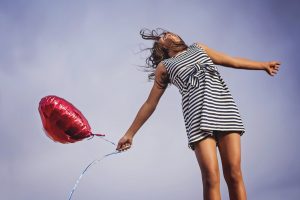 Coronavirus Pandemic Financial Survival Guide in the US 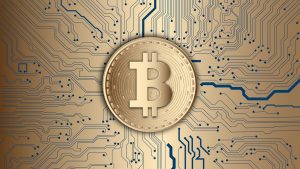 Investing in Bitcoin in the Time of Coronavirus Pandemic